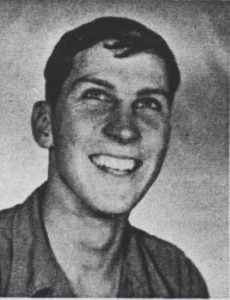 The first thing I remember about the 591st Engineer Company (LE) in August 1966, was that I reported to the Company Enlisted Orderly on Fort Campbell at about 0230 hours. The orderly gave me bedding, showed me where to bed down, and then told me the Company would be deploying to Vietnam before Christmas.
As many of us can remember, it was not until August of 1967 that we deployed. I have very good memories of serving with the men of the 591st Engineer Company (LE) from August 1966 through mid May 1968. I went to college and graduated in 1972. After college, I joined the U.S. Army Reserves while doing some post-graduate studies in Grand Rapids, MI. I remained in the U.S. Army Reserves until 1994 and retired when I turned 60. The Army was always good to me and I enjoyed being an enlisted soldier.
A memory that comes back to me time and time again is when our unit was marching in a community parade as part of the Michigan tulip festival. As I was marching, I glanced to the crowd lining the street, and saw older men (Korean & WWII Vets) standing and placing their hand over their hearts. I understood their emotions and the honor they had for the service they performed. I have never forgotten what you and others did in Vietnam and what our soldiers are doing today and will do in the future.
Thank you allowing me to serve with you. I am grateful and proud to have been with you and served our country with you.