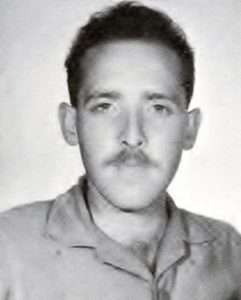 A short History of the amazing adventures of an American soldier serving with the Great 591st Engr Co. LE.

The Beatles appeared on the Ed Sullivan show for the first time on Feb 9th, 1964. Two days later I boarded a train for Ft Jackson to be inducted into the U.S. Army. This was the beginning of an Army service that covered eleven and a half years over four decades and two wars.

After serving in Germany with the 84th Eng, I transferred to Ft.Riley assigned to the 595th Eng Co. The 595th sailed for Viet Nam in Feb 67, arriving 28 days later. I served with the 595th at Camps Blackhorse and Bearcat until August 67 when I along with others were transferred to the 591st Eng. Co. attached to the Support Plt at Blackhorse near the town of Xuan Loc.

While with the 591st I was a truck driver with occasional time in Loaders and Dozers. I was lucky enough to work with the Rome Plow team for a couple of weeks. This was one of the highlights of my VN service.

Some of my other highlights with the 591st were:

At the end of March 68, I extended my stay. I was able to return to the states for leave. Returning to Blackhorse upon my return, I found that the 591st had moved to the Northern end of RVN. This began an adventure where I had to hitchhike from one end of RN to another. This trip took about 3 weeks. Catching rides from helicopters, convoys and flights on C123 and C130 aircraft. From Camp Blackhorse to Camp Eagle near HUE with the 101st.

While on guard duty at Eagle one night, the roar of 122mm rockets announced an attack by NVA and VC combined. When flares went off it looked like ants coming down the hill near the motor pool. The enemy made it into the base and tried to set up a mortar pad near the 101st chaple. The Chaplin took out 6 or 7 of them. It took until late the next day to clear the camp.

Shortly after this I went to our quarry to replace the night shift NCOIC. I was there working with the Seabees for a while. I returned to the states in October 68 for my ETS. After that service I served with the CTNG in the early 70s and the ARNG in the late 80s until 1990. I was called up and served during Desert Shield/Storm in 91.