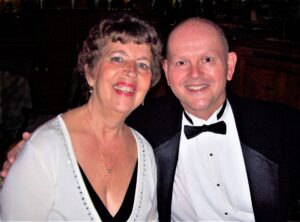 I graduated from High School in June of 1969 and enlisted in the army the same month. I enlisted under the 120-day delayed entry program, so I was able to spend that summer traveling the country with friends. In October of 1969 I started my active duty with Basic Training at Fort Bragg, North Carolina. I then went to Fort Leonard Wood, Missouri for my AIT. My MOS was 62K, grader operator. After graduation from AIT I was sent to Fort Hood, Texas where I was assigned to the 1st Armored Division, Old Ironsides. I then put in a voluntary request for Vietnam. I went to my ARVN training in July, and was sent to Vietnam in August of 1970, one month after turning 19.

I flew into Cam Ranh Bay on Flying Tiger Airlines. From there we flew up to Phu Bai where I was then assigned to the 591st and was transported out to Camp Eagle. My first assignment was as a grader operator, but I don’t remember which platoon. About one month later I accepted an offer to be the mail clerk. I think that is how most of you remember me. In a way it was a good assignment because I got to travel around quite a bit to get mail to anyone that was not at Camp Eagle. I then requested to be reassigned as a grader operator again because I did enjoy that part of the job. My one-year assignment would have been over in August of 1971, but I extended for 6 months. In September of 1971 took my 30 day leave for extending, and flew back to Minnesota. While on leave I broke an ankle and foot, so I did not get back to Camp Eagle until November. By then the 591st was getting ready to stand down and return to the states. November and December were mostly spent riding shotgun on different runs, pulling guard duty, and cleaning equipment.

Because I still had several months left I was reassigned to some unit down by Saigon. I am not really sure exactly where it was or what unit it was (poor memory). My new assignment was 10 Ton Tractor Trailer driver. We mostly did convoys out toward the Cambodian border, hauling equipment back as there were a lot of units downsizing. The end of February I received my orders to return to the states and since I had less than 1 year active duty left, I was assigned to be discharged. I flew into California on Flying Tigers Airlines and was discharged at Oakland Army Base on Feb 26th, 1972.

For some crazy reason I thought I missed the military and enlisted in the Air Force in April of 1974. I went to school for Avionics Maintenance, radio repair, at Keesler AFB in Mississippi. I was then sent to Wurtsmith AFB, Michigan. I worked on B52s and KC135 Refueling Tankers for a couple of years till I was discharged in September 1976.

While in the Air Force I married Judy in January 1975. We returned to Minnesota, where I first worked maintenance in a steel foundry, before beginning my 31 year career at Honeywell. We have 3 children, 8 grandchildren (all girls) and 3 great grand children with 1 more due in May. In March of 2015 we decided we had enough of the frigid winters of Minnesota and moved to Clermont, Florida. We love the warmth and are very happy here. We started attending the 591st reunions in 2006 out in Reno, Nevada. We have attended every one since then and thoroughly enjoy them. We would not miss them for anything. Thank you Ken for all you do to keep the reunions going.