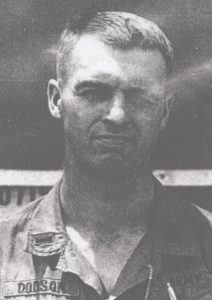 I led the first platoon from July 1969 with SGT Roberts to January, when Capt Max Toch departed. I commanded the 591st from January to July 1970, became a Captain and turned over the command to Lt. Tim Bisset in July of 1970.

I departed Camp Eagle after selection by the 18th Brigade BG to be the aide of the three star commanding all Engineers in Viet Nam, took extension leave in August – Sept, and upon returning in September, found my temporary replacement and the LTG had been shot down and died in a chopper crash.

I joined the 5th Special Forces and received a Silver Star in action relieving Ban Me Thout in early 1971.

Being a particularly slow learner, I later went to chopper school at Ft. Rutgers and returned to fly Hueys until the end of the war, being one of the last six in uniform to leave country in April of 1973. Had to resign in 1982 to care for a handicapped brother.